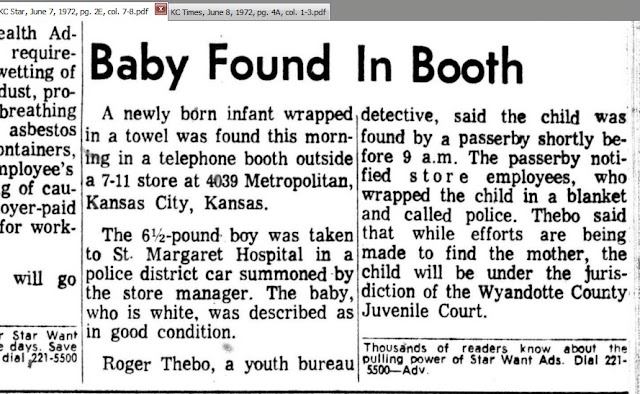 A newly born infant wrapped in a towel was found this morning in a telephone booth outside a 7-11 store at 4039 Metropolitan, Kansas City, Kansas.

The 6 1/2-pound boy was taken to St. Margaret Hospital in a police district car summoned by the store manager. The baby, who is white, was described as in good condition.

Roger Thebo, a youth bureau detective, said the child was found by a passerby shortly before 9 a.m. The passerby notified store employees, who wrapped the child in a blanket and called police. Thebo said that while efforts are being made to find the mother, the child will be under the jurisdiction of the Wyandotte County Juvenile Court.

Our Favorite Hosting and URL Provider